Exploring Rogers Park
The Rogers Park community is one of the most diverse neighborhoods in the country. There are over 70 nationalities and a variety of ethnic restaurants and culture. Loyola University, one of the nation’s largest Jesuit Catholic universities, is located right in Rogers Park. This great neighborhood is also one of the affordable places to live in Chicago.

Location
Located on Chicago’s Far North Side, bordering the city of Evanston, Rogers Park sits adjacent to the Lake Michigan shoreline. With over 1 mile of public accessible beaches, much of the neighborhood is literally a barefoot trek to the sand. 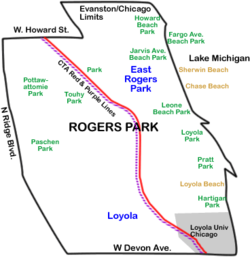 History
One of the original settlers in the area in the early 19th century was a trader by the name of Phillip Rogers, the community’s namesake, who purchased considerable government land which would become the basis for the neighborhood’s boundaries. Indian tribes, notably the Pottawatomi for which a park is named today, settled from time to time in the region that would eventually become incorporated as a village in 1878. The architecture, primarily of the single-family homes, reflects this fact and that many wealthy business people built their houses here in the early 20th century.

Why Live Here?
On any given day a walk through its largest beach front park will inevitably mean hearing numerous languages spoken, musicians playing, parents strolling along with their children, or a simple encounter with dozens upon dozens of residents out walking their dogs. 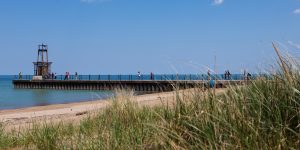 Apartment Spotlight:
1257 West Lunt Apartments is located steps away from scenic Lake Michigan and Sheridan Road in Rogers Park and a short walk from Loyola University Lakeshore Campus. This classic vintage apartment building features studios and 1 bedroom apartments for rent that are meticulously maintained and include all the modern amenities. 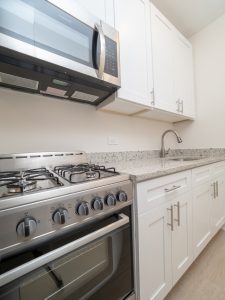